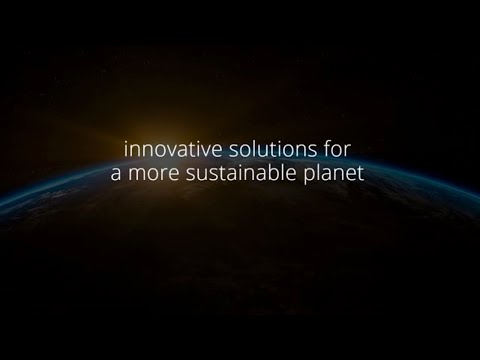 It wasn’t like this 100 years ago but it is today, our health is in serious jeopardy because of what’s circulating in the air we breathe.

It’s no secret that the air quality has deteriorated dramatically, thanks to the amount of dangerous gasses and pollutants we manufacture and release in to the atmosphere and from the emergence of bacteria and viruses that are becoming ever more drug resistant.

According to the World Health Organization, there are now over 150,000 urban centers worldwide that are classified as “toxic cities”.   In 2019, the US EPA (Environmental Protection Agency) reported that the air quality we breath indoors can be up to 5 times more toxic than outside air and therefore people living and working under such conditions run the risk of developing greater health problems over time.

In a most recent World Health Organization's survey of 4300+ cities worldwide, only 20% of the urban population surveyed live in areas that comply with WHO air quality guideline levels. These populated urban centers are contributors to waves of new pandemics that are only going to get worse if we don’t do anything about it. 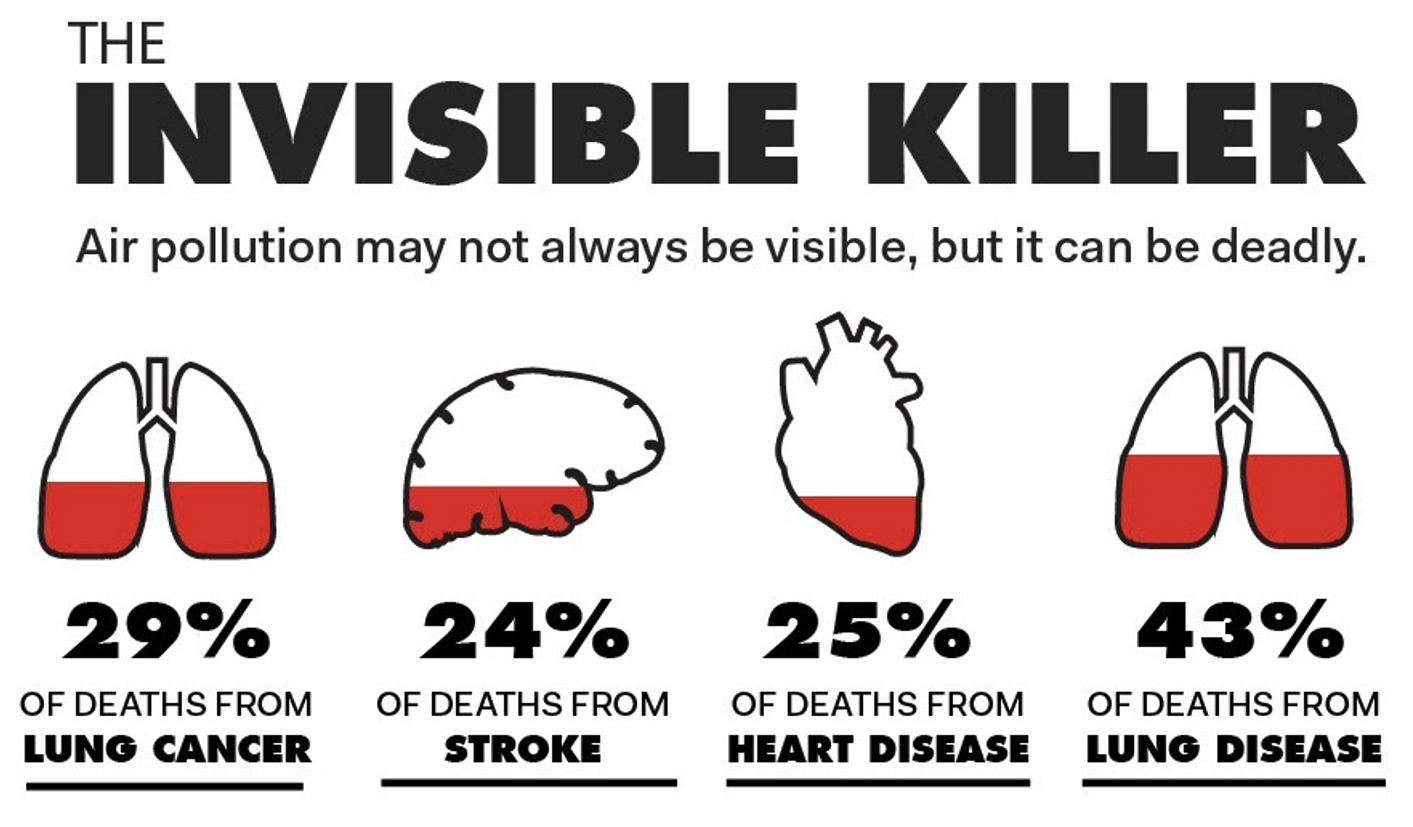 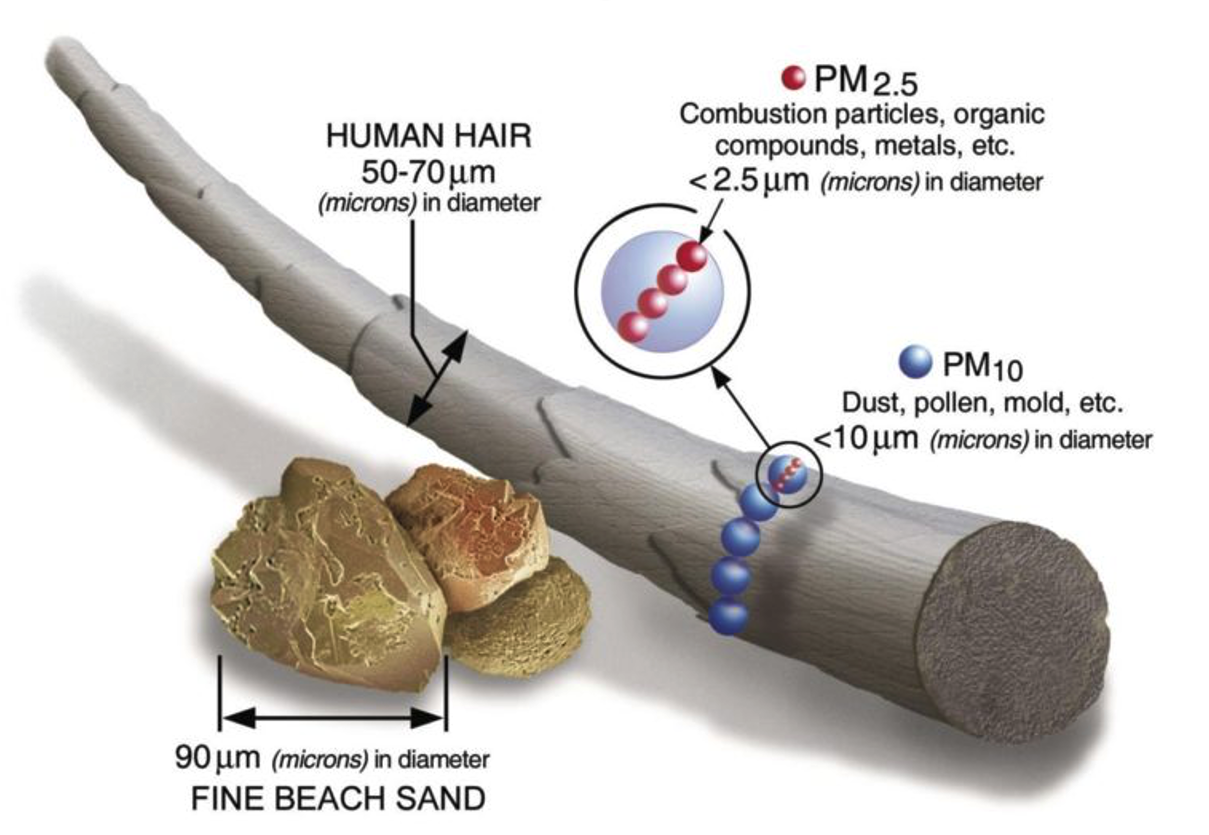 Our Solution Backed by Science

Recognizing the problem at hand, Creative Oxygen Labs' team and board of advisors made up of PhD scientists in microbiology, chemistry, virology, and medicine, and in partnership with leading microbiology labs and disease control centers in Canada has formulated and tested a nanotechnology additive that when applied to any water-based paint in a 1 to 3 ratio can turn wall surfaces into air purifiers by killing pollution, bacteria and harmful microscopic particle matters within minutes. Read more

What Oxygen Can Do

We see walls as breathable panels that can inhale polluted / infected ais and exhale clean air.

By applying Oxygen coating we are able to turn walls in every home and office around the world into air ventilators or air lungs as we call them.

Once applied here’s what Oxygen begins to do within hours…

Acts as a pollutant buster

Made with nano technology, Oxygen reduces pollutants like nitrogen oxide and nitrogen dioxide, returning air to a purer and more pristine state.

In a world of superbugs and mutating microbes, Oxygen eliminates harmful germs, bacteria and viruses.

Acts as an anti odor agent

Acts as an anti mold agent

Oxygen’s innovative technology inhibits the growth of molds and microbes that can cause allergies, itchiness, headaches, fatigue, coughs, asthma and other respiratory problems.

Oxygen attracts water molecules in the air to create an invisible, protective film on the wall that blocks dirt and dust from attaching.

Where Can Oxygen Be Applied 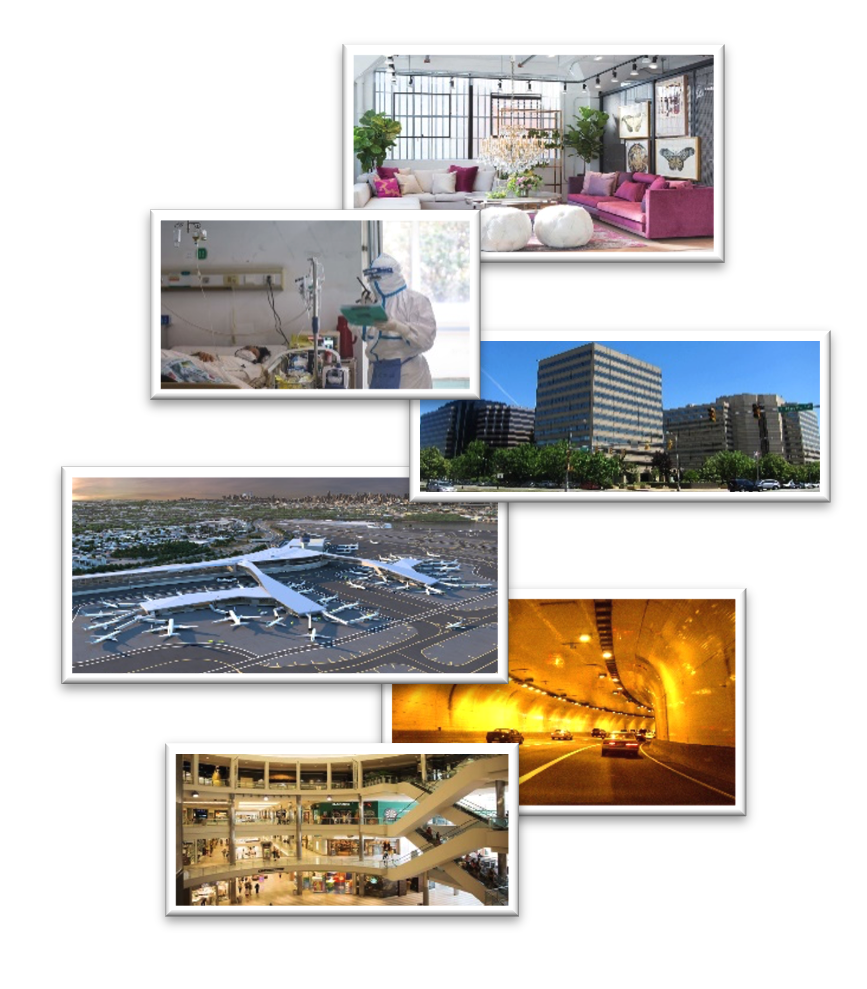 Oxygen can be applied best in indoor spaces where people reside, work or congregate. These places include but are not limited to:

At present our competitors are only a hand full as the paint and coating Industry in still in its infancy stage, however, in 2 to 4 years we suspect a lot of deals will be made to acquire companies such as Creative Oxygen Labs by the dominate players in order to bring this technology into their supply and distribution chains.

In terms of direct-to-consumer hardware devices, there are limitations in the scope and performance of what they can do as they are highly dependent on external energy sources and require frequent maintenance. In terms of price, Oxygen additive is competitive to what is being offered in the market because of the way we have automated our entire manufacturing process and in how we source our nanoparticle material that we own ourselves.

The strength of Oxygen additive is that it can be mixed with any water-based paint and will last for as long as people are happy with the color ambiance they have chosen for a given room and will last for 6-8 years. 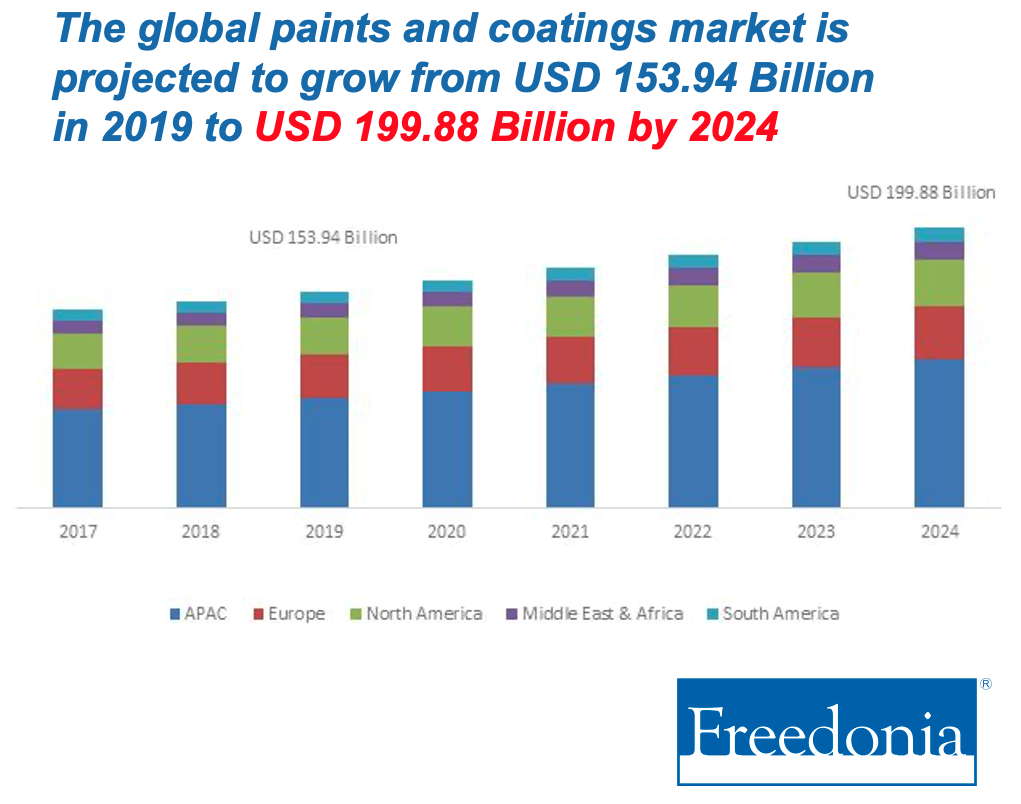 Given that Oxygen has already signed a manufacturing deal in Canada and is in the process of signing licensing and distribution deals in the United States we expect to be profitable from Year ONE and our investors will not have to wait long to see a return on their investment in one of the 3 ways we have outlined in our exit strategy.

Our Go to Market Strategy

Oxygen has an aggressive marketing plan with three distinct modes of operation that serve its clean air community building plan. These channels are to sell:

Direct via the web to end users who want to be part of our "Oxygen NOW" loyalty reward program.

Through certified distribution partners across Canada, the US and Europe. These partners include construction companies, interior designers and building management companies.

Through Cobrand & Private Label with other paint companies in the form of manufacturing license agreements.

Our Team and Advisors

Creative Oxygen Labs has a synchronized, yet distributed, manufacturing system in place that works seamlessly in unison. Each part of the business is run by a fully automated operations system that allows us to bring the cost of innovation down for our customers while focusing our attention on BRAND BUILDING. Additionally, our team of advisors are world class professionals from a former member of NASA / JPL to scientists and virologists from CUNY School of Medicine to Engineers from the University of Toronto and business experts who have worked with fortune 500 companies.

Why Invest in US 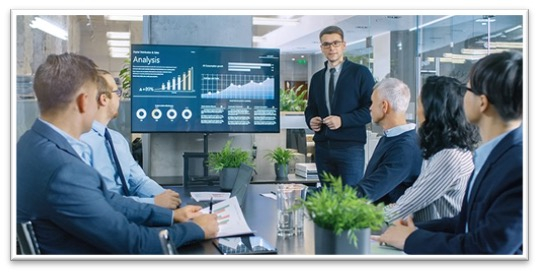 After the first year “the company” will have the first right of refusal to purchase investor shares at fair market value.

Investors can hold on to shares and profit from the company's growth and financial success. OR

In the event the company is acquired in a merger and acquisition, investors can successfully cash out.

Join the Clean Air Movement with your Investment 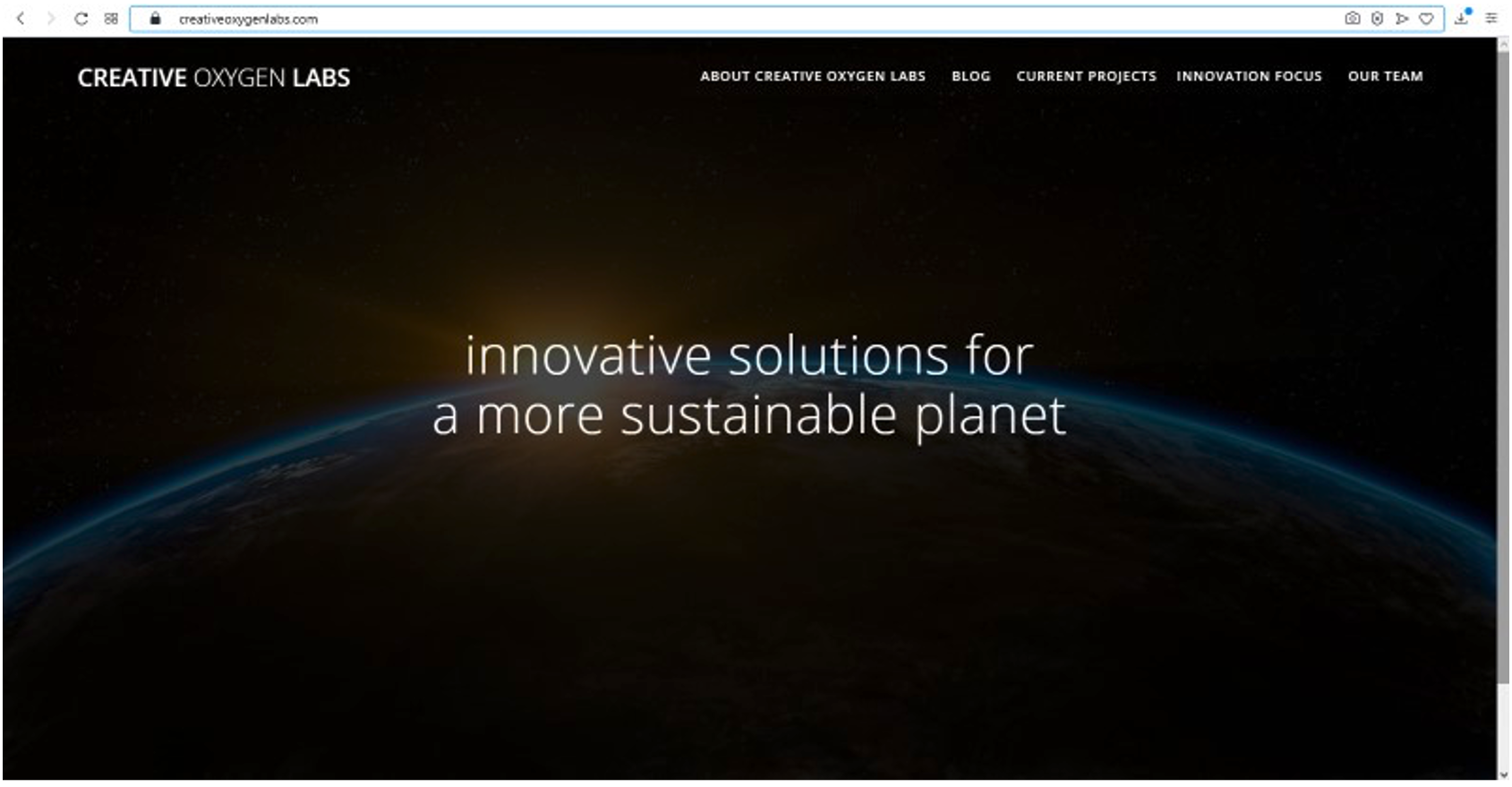 Individuals who invest with us will not only get shares in the company but will also be the first to receive Oxygen coating that can be used in their homes and offices either on the wall or on canvas as a painting.

For $250 investment you will receive one litre of Oxygen additive valued at $99.

For $500 investment you will receive three litres of Oxygen additive valued at $297.

For $1000 investment you will receive eight litres of Oxygen additive valued at $792.

NOTE: You will need your Bank Account Number, Transit Number, and Institution Number to Invest.

What is the breakeven point, target market and distribution channel? Thank you!

Breakeven point: Our break even point is 3 months after we do our fundraising and begin manufacturing.  The reason we are able to break even in three months is because of the distribution deals we have in place.   We are in fact preselling our product.     Companies are buying from us first then we manufacture.

Target Market & Distribution Channels: Our distribution channels are through license agreements we have with paint companies, construction companies and interior design companies in Canada and the United States.   We are also working with governments, school boards and hospitals to bring Oxygen into their facilities. We are selling our product both direct to consumer, through licensing deals, and to businesses and organizations.

Creative Oxygen Labs has a three tier go to market strategy.   The first is through our direct to market play that will allow individuals who are concerned about health and wellness of their loved ones to directly place orders on our website and buy direct.   Our loyalty membership program will incentivize buyers to make their purchase from the website.

The second approach is through our partnerships with construction companies, building management companies and interior designers who can oxygenate their property and add greater value to the real estate.

The third go to market approach is to co-brand / bundle with other paint manufacturing companies.  This will allow them to offer a new line of product into their distribution channels with a health and wellness focus that Oxygen brings.

What is significant about our go to marketing strategy is that in working with partners we will be pre-selling volume based on the order size we get and based on our output capacity.   There is more demand than there is supply at present.